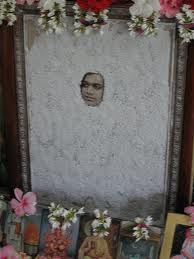 19th April 2010: Karnataka Hinterland, India
So here i continue from where i left off. The journey was totally uninteresting because the road was straight stretched ahead of you and this made it boring to look out. In contrast to the fantastic views when we were driving across coastal Karnataka, the central part was flat and didn’t have much for us to see. There were also many signs so that made navigation a piece of cake. We kept driving in and out of small towns and villages which we could see as dots in the Map we had.
We were out to find out the place where Satya Sai Baba would reincarnate somewhere in Srirangapatnam which is a few kms off Bangalore. But while going, we saw a board which said Sri Satya Sai Baba orphanage so we decided to stop there. It was a small serene place. There were some slides and swings in a corner and close to the swings sat 2 calves. There were a few people who were sitting near the entrance. We approached them and went inside. There were a lot of pictures of Baba and even Guruji(=H.H Sri Sri Ravi Shankar ) out there. The second room was like a prayer room. It was filled with hundreds of pictures of Baba when he was young and recent pictures. The room exuded serenity and peace. we sat and meditated for a while. The place had symbols denoting all religions showing neutrality towards one and all.

While we prayed, a lady came and gave us some honey and some vibhuti. There was a picture of Baba which was filled with Vibhuti and this honey i’m sure must have also fallen on its own from the pictures. Such amazing grace!!! And the honey was so delicious, it wasn’t like any other honey i’ve ever tasted.
After that, we went to the courtyard where there were some boys playing with a ball. There was also an idol of Baba’s feet. If you rubbed your hand or handkerchief there, it would smell of incense. We also went up and saw their meditation hall. All in all this was a refreshing break for us because the road journeys were really wearisome.
We made our way towards Bangalore. We were supposed to stop at Kamath’s for lunch but we were so hungry and we couldn’t find it so we stopped at a Mc Donalds on the way. Burgers were good to eat after a long time. We got some sweets and water from a nearby general store. There, they were also selling wooden toys. There is a village which makes wooden toys, Channapatna which we passed through. 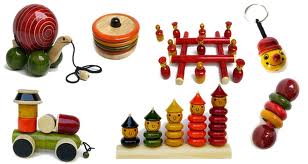 There was a huge golden ganpati that we drove past. Also there was a huge arch with an upper road which led to the Satellite Town and the lower road leading to Bangalore. So we took the upper road by mistake and had to turn back. Apart from this, we reached Bangalore without a hitch. After going through Ring roads and various other roads, we made our way to my Dad’s office. We were staying in a service apartment which was fully furnished with a cooking range etc etc so that we could cook whenever we want. This booking was done through my Dad’s office. So we got going there and then checked into our room and then rested.For dinner we were going to my aunt’s place which was at the other extreme end of town. We had
specially told her to prepare simply ‘Aamchi’ food because we missed it so much. The food was amazing and delicious(=song and daali always does the trick). We also had a fun time chatting with Sankalp and Vishal who came late from work. There was also a Mumbai Indians Match that day which kept everyone entertained. For dessert,we had ‘Chocolate sheera’ yummy!!!!
I also got some Korean currency for our coin collection!!!

After this super amazing end to a tiring day, we slept, waiting to explore Bangalore!!

Some Rocky Terrain on the way

Journeys fascinate me!!! About me?? The Discovery of Me is another journey ;) :P View all posts by NM